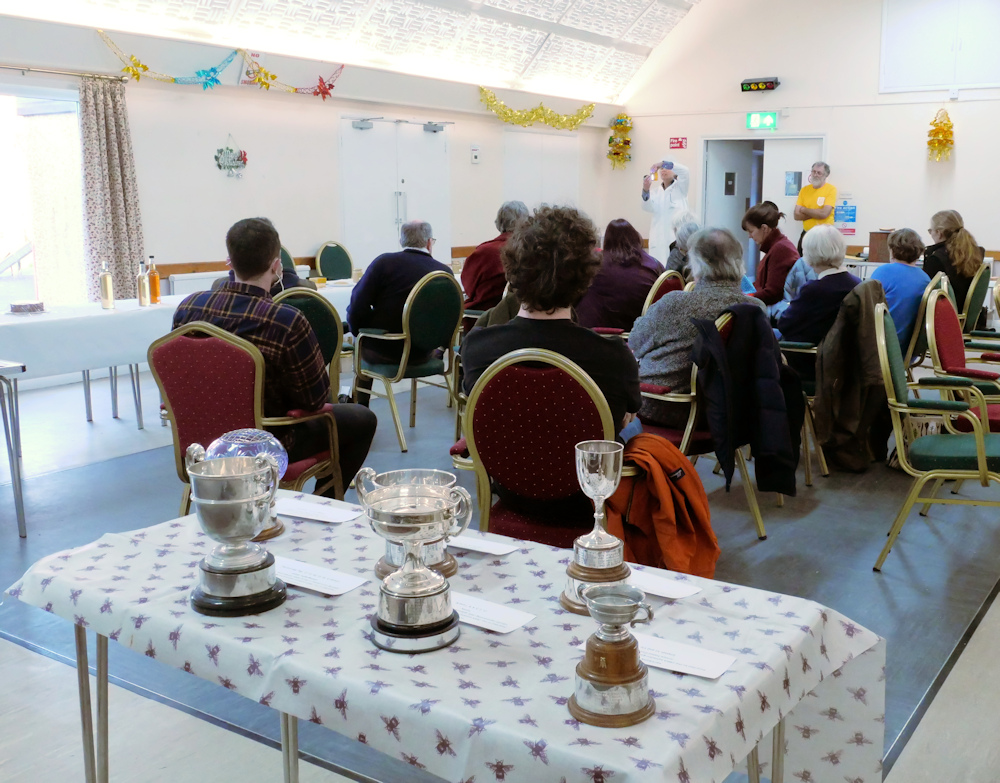 This hive is home to the nucleus which arrived 10 days ago. I did a VERY quick check of just a couple of frames after 6 days, to check that the queen was present and laying, but not a full inspection, so this is the first.

I didn’t put in a QE when hiving them, as there are no supers on, but this was probably a mistake so I decided to put one on and remove what they’d built- hopefully this will encourage them to draw comb in a more useful place! What a waste of lovely fresh comb on top of the crown board! 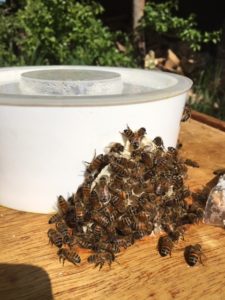 When I removed the crown board, there were bees on on all 10 frames, which is good news. They have 2/3rds drawn both sides of the 2 frames on either side of the nuc frames, and begun on one side of outside frames. I also spotted eggs on the newly drawn frames, which is great: the queen is extending her laying into the new space. Queen seen on one of the nuc frames. Lots of stored nectar and pollen, including some dark red, which I believe at this time of year is likely to be dandelion.

There were a few drones, but no play cups or queen cells.

When I hived the nuc, I noticed that a lug on one of the frames was broken, and on moving it on the last inspection, the whole lug broke off. I left it as it was at the time, as I didn’t have anything to repair it with, and didn’t want to leave the hive open while I went in search of something to bodge it with. This time I was prepared, and after making sure I knew where the queen was, I removed the frame and gently screwed in a screw to hold it. It’s an old, dark frame, so I will swap it out ASAP, but while the colony is building up and there is brood on it, I want it in the hive. It’s definitely a bodge, but it’s holding!

They have used all the feed, so I will top up later when they’ve settled down after the inspection. With a rapid feeder, I just need to remove the roof and the lid of the feeder, so they’ll hardly know I’m there. 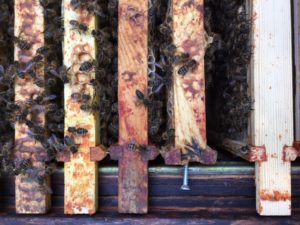 Just one more job while I have my bee suit on: to cut the grass around the hives with shears. I’m not going near them with the strimmer or the lawnmower! 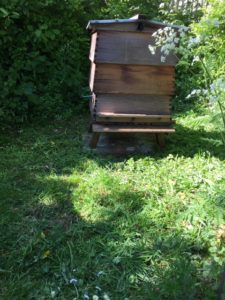