This page will take you through the experiences of some of our Oxfordshire beekeepers as this year - 2021 - progresses. A sort of 'tales from the apiary'.

Our Training Apiary - an introduction

15 February- a break from the biting cold. 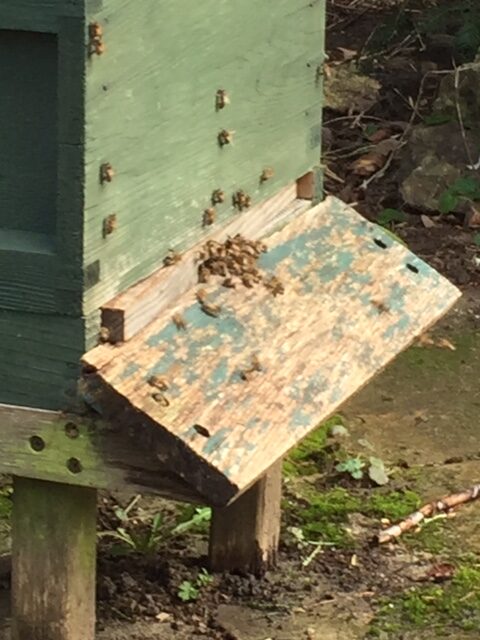 Just a few weeks ago, I visited my apiaries to put a block of fondant on the hives that felt light on winter stores. I think it was for my own peace of mind more than for the bees. So far all was looking well, with no colonies lost yet. It is early days, as most losses occur nearer to spring. With stores reducing and brood increasing the last thing you/the bees want is a long, mild spell followed by a period of freezing temperatures, which is quite a common occurrence in our erratic climate. 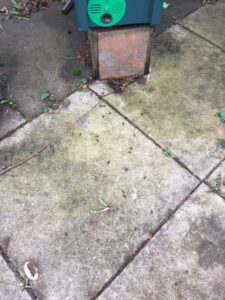 HOWEVER, there were good signs today at my home apiary. After the very cold last couple of weeks, the hive entrances were rammed with bees, as those trying to get out met the bees trying to enter, everyone apparently keen to get outside after their cold-induced lockdown! Many winter bees could be seen orientating in front of the hives. These overwintered bees face the hive checking its position then start flying in what looks like larger and higher circles as they locate their hive according physical landmarks and the position of the sun. The bees on their second trip or more left the alighting board like a jet on a runway with their location and destination known. Interestingly, the bees returning to the 2 poly nucs I have overwintered seemed to be bringing more pollen than the bees in the wooden hives. It will be interesting to see how the brood nest compares when temperatures permit. All of this activity carried on for several hours with the outside temperature gauge reading 14C. Note to new beekeepers: DO NOT be tempted to do an inspection and disturb your colonies in February/March, tempting though it may be and even if temperatures remain consistently high for a week or more. April will be here soon enough!

During all this activity the bees have managed a cleansing flight and tried to restock their larder with whatever they could find. Many bees were bringing in pollen, the orange/yellow of early spring flowers like snowdrop and a lot of pale grey pollen from hazel catkins. Spring cleaning has begun, too. Dead bees were being wrestled out and flown a few meters (if the bees could manage it,) or just dropped on the ground, the patio showing their efforts. Over the next few weeks I plan to just keep a eye on them and check the varroa board I have put in to make sure the winter treatment was successful.